The digestive system is a group of organs working together to break down food into tiny molecules. Digestion of food is important so that we can obtain energy from our food.

Physical digestion begins in the mouth where the food is chewed and broken down into smaller pieces by the teeth. There are four types of teeth - Incisors, Canines, Premolars and Molars. Chemical digestion also occurs in the mouth with chemicals called enzymes that chemically break down the food.

Oesophagus: Passes food to the stomach by peristalsis

After being chewed and swallowed, food passes through the esophagus a long tube that runs from the mouth to the stomach. The muscles in the wall of the oesophagus start to push the mushy bolus down into the stomach by waves called peristalsis. Peristalsis gives us the capability of being able to eat or drink even when we’re upside-down.

Liver: Produces Bile (for the digestion of fats)

Large intestine: Absorption of water from the food remains

Rectum - The end of the line: The remains of food and water is stored in the rectum.

Solid waste is then stored in the rectum until it is excreted via the anus. Help your kids identify and locate the major parts of the digestive system including the mouth, eosophagus, stomach, liver, pancreas, small intestine and large intestine, and know their functions. Our Digestive System for Kids image below is a great way to explain digestion to kids. The next time your kids eat a healthy snack you should help them follow along the map of where their food travels from mouth to toilet (always a fun topic in our house). 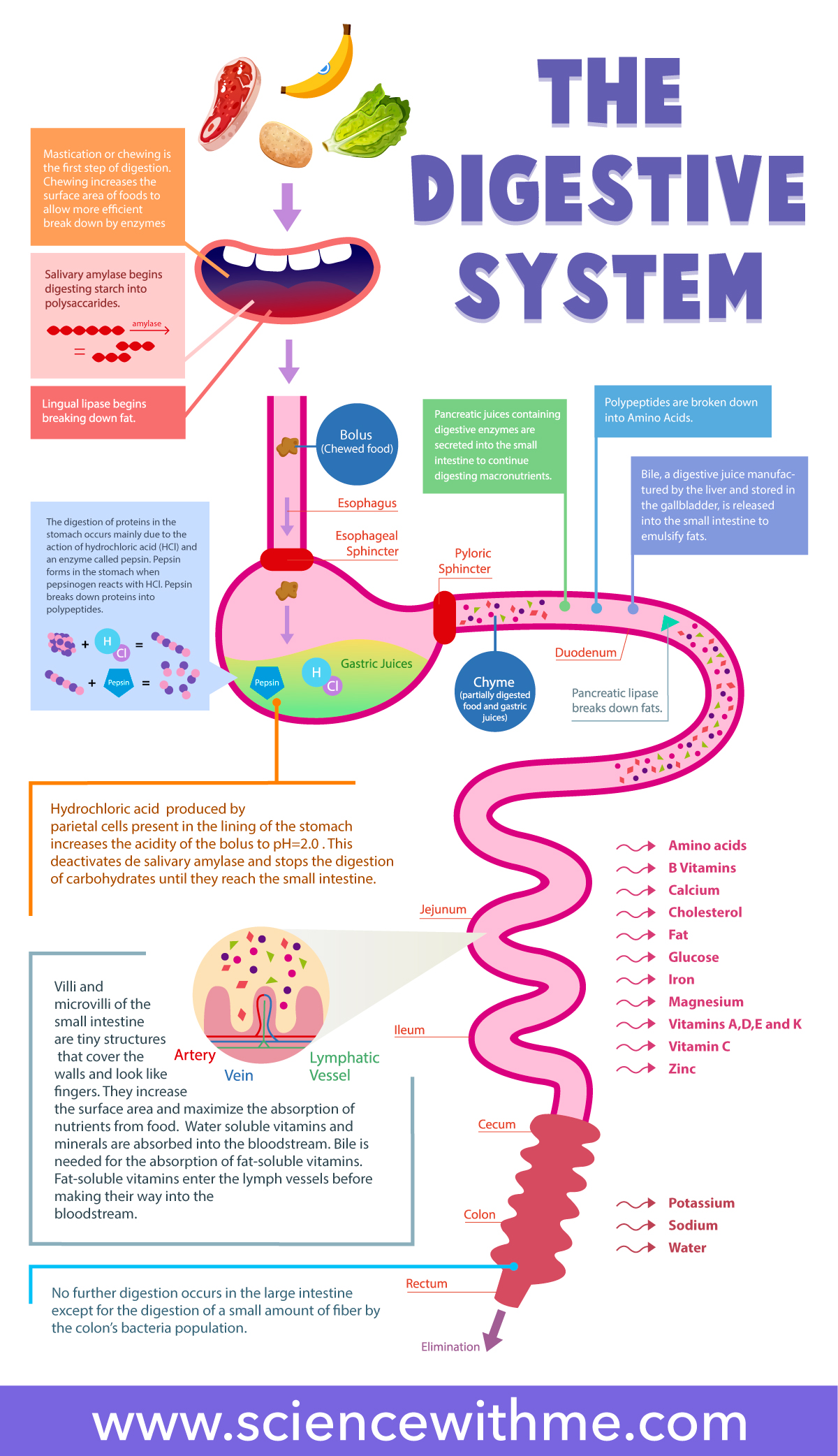 Learn more about the digestive system: