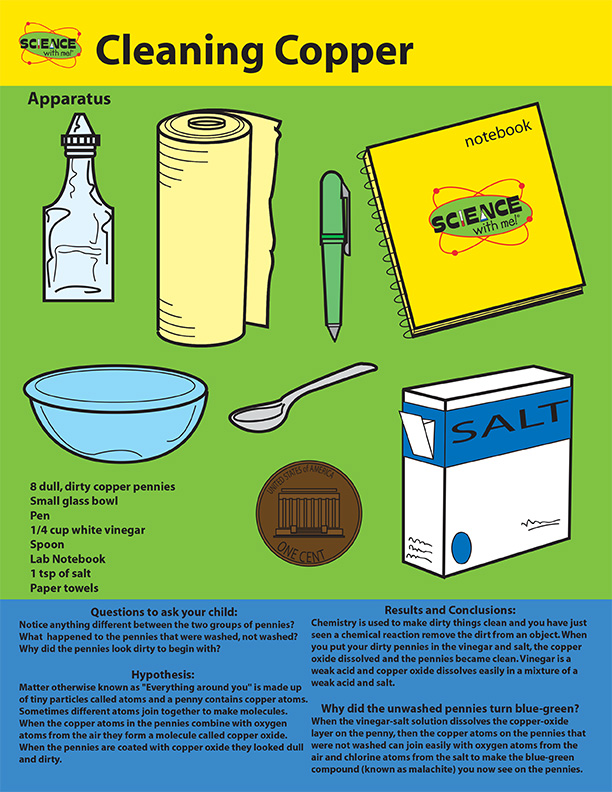 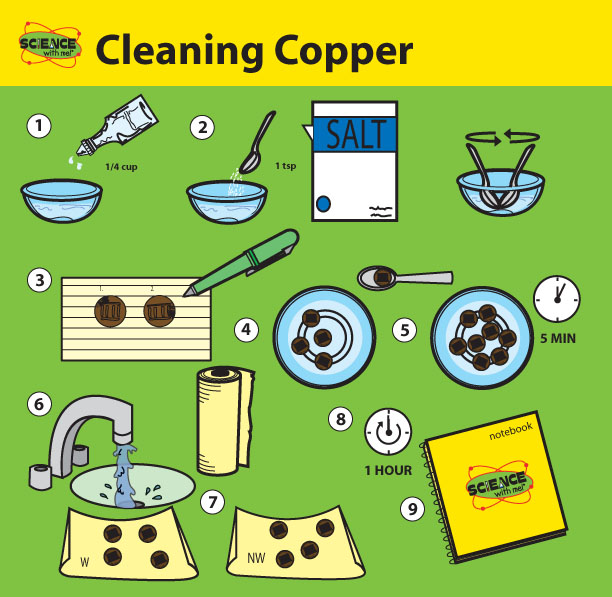 Questions to ask your child:

Notice anything different between the two groups of pennies?

What happened to the pennies that were washed, not washed?

Why did the pennies look dirty to begin with?

Matter otherwise known as “Everything around you” is made up of tiny particles called atoms and a penny contains copper atoms. Sometimes different atoms join together to make molecules. When the copper atoms in the pennies combine with oxygen atoms from the air they form a molecule called copper oxide. When the pennies are coated with copper oxide they looked dull and dirty.

Why did the unwashed pennies turn blue-green?