Do you remember the story about a man who shouted “Eureka!” after leaving his bath naked?

He is no other than Archimedes, a very brilliant Greek mathematician and astronomer. He was able to design and envision machines that became useful later on. He is a highly respected scientist who serves as an inspiration to many.

What was the personal life of Archimedes?

There are only a few records of Archimedes’ personal life. In his writing entitled “The Sandreckoner”, he mentioned that his father was an astronomer named Phidas. Archimedes was born in Syracuse, Sicily. Some authors believe that he was able to visit Egypt and it was during this visit that he developed the machine called the “Archimedes’ screw”, a type of pump, which is being used ‘til today. Heracleides, Archimedes’ friend, actually wrote his biography but this was lost. Therefore, our knowledge of this great mathematician’s life is limited.

Who were Archimedes’ friends?

As a young man, Archimedes is believed to have studied in Alexandria, Greece. In his writings, he mentioned that he knew many Alexandrian mathematicians. In fact, he considered a man named Conon of Samos, also a mathematician, as his close friend. In his writing entitled “On Spirals”, Archimedes related an event in Alexandria wherein some mathematicians would claim his work as their own. Therefore, instead of sending real proofs of theorems, Archimedes included two false proofs, in order to discourage those who pretended to know but really did not understand. Details of the personal life of Archimedes can be extracted from the writings of other authors such as Plutarch and Livy. Plutarch stated that Archimedes was actually a good friend and a near relation of the King Hieron II of Syracuse. This is further strengthened by the fact that the dedication of the book “The Sandreckoner” was directed to Gelon, a son of King Hieron. 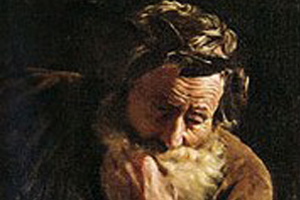 What are the achievements of Archimedes?

Archimedes has many great achievements in mathematics, physics and engineering. If you want to know a little more about his work, download our free Archimedes Handout below or read more here.

How did Archimedes die?

Although Archimedes was a great mathematician, he was not exempt from death. He died in 212 B.C. during the Second Punic War, when the Romans captured Syracuse. According to Plutarch, there are several versions of how he died. First, he is said to have been so intently working out a mathematical diagram that he did not notice the arrival of Romans. A Roman soldier then saw him and commanded him to follow Marcellus. Unfortunately, he declined because he could not leave without finishing the solution. In anger, the soldier slew him. Another version stated that he was carrying several mathematical instruments to Marcellus but some soldiers suspected he was carrying gold, and so, slew him. In recognition of his achievements, many things have been named after Archimedes. A crater and a mountain range on the Moon are called Archimedes and Montes Archimedes, respectively. An asteroid is called 3600 Archimedes after this great scientist. The Fields Medal, awarded to mathematicians with great achievements, carries his portrait. His expression “Eureka!” is now used as the state motto of California.