Fossil fuels are sources of energy that come from dead organisms that underwent anaerobic or oxygen-free decomposition.

Fossil fuels are therefore very old; some of them reach ages of hundreds of millions of years. Fossil fuels are used in many human activities. They power the cars we drive. Most probably, they power your home’s cooking. Because of fossil fuels we can watch TV.

How are fossil fuels formed?

Remains of organisms such as plankton settled at the bottom of large bodies of water hundreds of millions of years ago. There was a lack of oxygen during this time, which promoted anaerobic decomposition. Their remains gradually mixed with mud and were buried under very heavy layers of sediment. Like metamorphic rock, these remains were subjected to high heat and pressure. Eventually, through a process called catagenesis, the organic matter from the dead organisms was turned into hydrocarbons, which are either in liquid or gas form. Examples of these hydrocarbons are petroleum and natural gas.

Newer fossil fuels were formed from the decomposition of terrestrial plants. The fossil fuel resulting from these sources includes methane and coal.

What are the types of fossil fuels?

There are several types of fossil fuels and their uses vary:

What are the effects of fossil fuels on the climate? 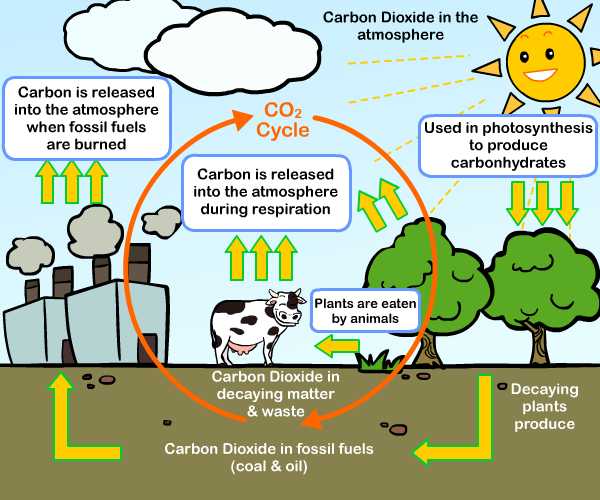 It has been mentioned that fossil fuels are primarily hydrocarbons. This means that they contain hydrogen and carbon atoms. When they undergo burning or combustion, they combine with oxygen. The main products of this process are carbon dioxide and water. Unfortunately, the continuous burning of fossil fuels have contributed greatly to increasing levels of carbon dioxide in the atmosphere, which in turn, enhances the greenhouse effect. Carbon dioxide, as a greenhouse gas, traps heat in the surface of the earth. This heat-trapping increases the earth’s temperature and facilitates climate change. Many scientists fear that climate change will produce severe typhoons and hurricanes, melt the polar ice caps, increase sea levels and promote the extinction of many species.

How does fossil fuel burning contribute to pollution?

Additionally, because fossil fuels contain sulphur, acid rain can result when they are present in the atmosphere. Acid rain causes corrosion or destruction of metals and can irritate human mucous membranes present in the skin and eyes. Fly ash from burning fossil fuels can also contaminate water sources. Coal burning produces a lot of dust and carbon particles, which can deposit in the lungs and cause a condition called anthracosis. Therefore, the burning of fossil fuel can cause respiratory diseases.

After reading about fossil fuels here why don’t you expand your learning by downloading our fossil fuels worksheets and coloring pages? Have fun!