For all science teachers and homeschooling Moms and Dads out there, here is a great way to open a science conversation with your kids and get them interested in science and their science homework!

Hey kid…Do you know who is said to have discovered the first telescope? His name is Galileo Galilei or simply Galileo. Aside from developing the first functional telescope, Galileo had many other achievements. He had many science projects on the go, conducted many experiments and developed many scientific theories. This great man had a great mind even though he had many difficulties when he was still alive. 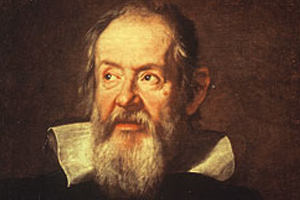 How was Galileo’s early life?

Galileo was born in Pisa, Italy on February 15, 1564. His father was Vinzenzo Galilei, a musician and his mother was Guilia Ammannati. He was the eldest of six children but only three of his siblings survived. He went to the Camaldolese Monastery for his early studies.

How did Galileo become a scientist?

Initially, Galileo studied at the University of Pisa in order to become a physician. However, he was not able to finish his medical degree. Instead, he studied mathematics and fine arts. In 1588, he became an instructor of arts in Florence. During this time, he became good friends with the painter Cigoli, who eventually painted one of Galileo’s scientific observations. Galileo became the chair of Mathematics at the University of Pisa in 1589. From 1592 to 1610, he served as a professor in the University of Padua, where he taught astronomy, geometry and mechanics. This was the period where he made his great scientific discoveries covering astronomy, applied sciences and mathematics.

What were Galileo’s discoveries?

The following are some of Galileo’s discoveries.

Why was Galileo sent to prison?

Because of his work on the Heliocentric Theory, Galileo was put on trial by the Roman Catholic Church in 1633. In his trial, he was said to have committed heresy against the Church, because the Holy Scripture said that the earth was motionless and was the center of the universe. Galileo was required to deny the Heliocentric Theory. He was said to have withdrawn his belief but he was still imprisoned and later on, placed on house arrest. He remained on house arrest until his death.

When was Galileo cleared of the charges of heresy?

In 1882, the Church lifted the ban on Galileo’s book entitled “Dialogue Concerning the Two Chief World Systems”, which contained discussions on Heliocentric Theory. By then, it was already widely known that the Earth has never been at the center of the Universe. In 1992, Galileo was finally cleared of any wrongdoing.

How was Galileo recognized as a scientist?

Albert Einstein called Galileo the “Father of Modern Science” because his discoveries ushered in modern science. Galileo’s contributions were recognized when the first spacecraft launched to Jupiter was named “Galileo spacecraft”. The non-SI unit of acceleration is called “Gal” due to his experiments. In 2009, the International Year of Astronomy, the face of Galileo was printed on a commemorative coin. This coin celebrated the 400th year of the invention of Galileo’s telescope.