When you jump, you fall back to earth.

The basic force that makes this possible is called gravity. However, gravity is not only present on the Earth. Gravity also exists on the Moon, the Sun, the planets and the stars. Isaac Newton was the scientist who thoroughly discussed gravity and the laws of motion.

Although he was famous for his work in Physics, Isaac Newton was also a great mathematician. However, despite his greatness, Newton remained humble. He is said to have stated that he was only able to see far because he stood on the shoulders of giants. He likened his pursuits as a scientist to that of a boy who played on the seashore of the ocean of truth.

Born prematurely on the fourth of January, 1643, in Lincolnshire, Isaac Newton was named after his father who was also known as Isaac Newton. His father died three months before he was born which is why his mother, Hannah Ayscough, raised him alone until he was three years old. His mother remarried when he was three, after which he stayed with Margery Ayscough, his maternal grandmother.

How was Newton schooled?

When he was twelve years old, Newton went to The King’s School in Grantham, where he studied until he was seventeen. He was then removed from school and forced to become a farmer by his mother. However, he hated farming. Recognizing Newton’s talents, the schoolmaster convinced Newton’s mother to let him finish schooling. He then became the school’s top student. 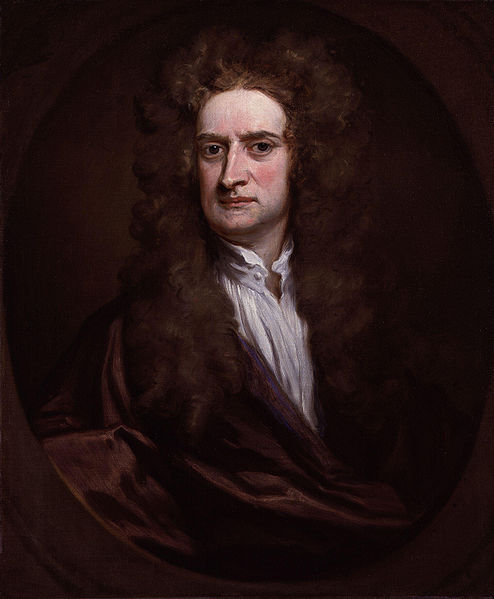 He pursued higher education in the Trinity College in Cambridge. During this time, he worked and studied at the same time. He read the books of Nicolas Copernicus, Galileo Galilei, Johannes Kepler and Rene Descartes. During this time, he privately discovered theories in mathematics, optics and gravitation.

What were Newton’s discoveries in Mathematics?

Newton was an excellent mathematician who focused on what is called infinitesimal calculus. This calculus was applied in proving his laws of motion. He was particularly proficient in the process of “differentiation” (drawing lines tangent to curves) and “integration” (defining areas which are bound by curves). Newton is also said to have discovered the generalized binomial theorem. Because of his achievements in Mathematics, in 1669, he was given the position of “Lucasian Professor of Mathematics” in the University of Cambridge.

Back then, Newton was involved in a dispute with the mathematician called Gottfried Leibniz for his work in calculus. Newton’s friends said that Leibniz copied Newton’s work whereas Leibniz’ friends said Newton was the one who copied. Later on, Newton and Leibniz shared credit for their contributions to calculus.

What were Newton’s discoveries in Optics?

Optics is the field of science that studies the properties and behavior of light. Newton was a lecturer of optics from 1670 to 1672. It was during this time when he demonstrated that white light can be broken up into different colors when it passes through a prism. Additionally, when the multi-colored light passes through another prism, it becomes white light again. This was the basis of his Theory of Color. 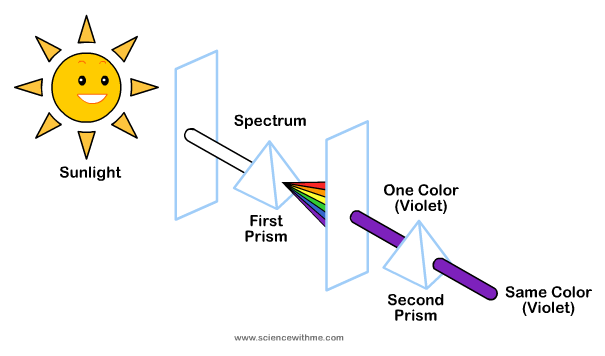 In contrast to Galileo’s refracting telescope, which was made of a series of glasses, Newton developed what is now called a Newtonian telescope. He first made this in 1668. This type of telescope utilized a mirror, which is why it was called a reflecting telescope. Newton used the mirror in order to prevent the dispersion or breaking up of light into colors (also known as chromatic aberration). In his book entitled “Opticks” published in 1704, he wrote about his theory that light is made up of particles. This theory is also called corpuscular theory of light.

What were Newton’s discoveries on mechanics and gravitation?

Using what he learned about planetary motion from Johannes Kepler’s writings, Newton began finding proofs for his theories on motion. His work was published in the book called “Principia” on the 5th of July, 1687. This book contains the three universal laws of motion. It is said that a falling apple stimulated his mind. According to Newton, gravitation is the force that keeps celestial bodies moving. Newton was also able to calculate the speed of sound.

What are some of the recognitions of Newton?

Some people say that Newton is the greatest genius of all time. In recognition of his contributions to science and mathematics, his monument was erected in 1731 in Westminster Abbey. Another statue of Newton can be found at the Oxford University Museum of Natural History. His image has also appeared in bank notes released by the Bank of England.