Have you ever had an X-ray or CT (Computed Tomography) scan?

These commonly used examinations in medicine would not have been possible if not for the revolutionary work of a woman scientist named Marie Curie. Marie Curie had many achievements and is truly a woman of science.

Marie Curie was born Marie Sklodowska on November 7, 1867 in Warsaw, Poland. To her parents and siblings, she was more affectionately known as Manya. Her father’s name was Vladislav while her mother’s name was Bronislawa. Her parents were teachers and most of her early learning came from them. Marie was the fifth child and her older brothers and sisters were named Jozef, Bronya, Hela and Zosia, respectively. Early on, Marie’s parents earned good salaries as schoolteachers. However, during that time, her country Poland was divided among other powerful countries namely Austria, Prussia and Russia. Because Marie’s family was Polish and her father’s school supervisor was Russian, her father eventually lost his job. Eventually, the family became very poor that they had to rent out their house to student boarders. Several years later, Marie’s sister Zosia died from typhus. This was followed three years later by the death of Marie’s mother from tuberculosis. These sad events made Maria closer to her father and her remaining siblings. Marie’s father taught them literature and physics.

How was Marie as a student?

Marie was a very good student and was considered her class’ star pupil. She received a gold medal during her high school graduation. She wanted to get a degree like her brothers but because she was a girl, she was not allowed to do so. Therefore, she attended an illegal school named “the Floating University.” This school was called such because it changed location each time, in order to avoid Russian officials. Marie then became involved in a revolutionary student organization. In order to avoid being caught and put to prison, she left Warsaw and traveled to Krakow, Poland. From there, she went to Paris. She continued studying at the Sorbonne, where she was awarded degrees in both Physics and Mathematical Sciences. There, she met her husband, Pierre Curie, who was a Professor of Physics. When they married, Marie became better known as Marie Curie rather than as Marie Sklodowska and she assumed a French nationality.

What were the elements discovered by Marie Curie?

Together with her husband Pierre, Marie explored uranium rays and radiation. They discovered that radiation is not due to reactions between molecules but independently due to what is happening to the uranium atoms. Based on a previous work by the scientist Henri Becquerel and Pierre’s invention called the electrometer, Marie was able to analyze different elements. Her husband then became very interested in her work and helped her. On July 1898, Marie and Pierre published a scientific paper announcing their discovery of the element called “polonium”. This element was named after Poland, Marie’s native country. On the 26th of December the same year, they published another paper announcing their discovery of another element. They called this element “radium” because of its high radioactivity. The term “radioactivity” was actually a word Marie and Pierre came up with. In 1903, together with Henri Becquerel, Marie and her husband Pierre received the Nobel Prize in Physics for their contributions in researching radiation. Marie Curie was the first woman in history to be awarded the prestigious Nobel Prize. 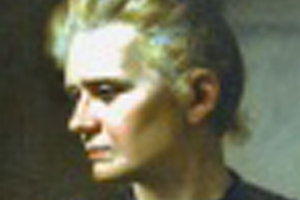 Why was Marie Curie awarded the Nobel Prize in Chemistry?

Marie’s husband died in 1906 in an accident. Pierre was the head of the Sorbonne physics department and Marie took on this position upon his death. She then became the first woman professor of the Sorbonne. In 1911, she received her second Nobel Prize, this time around, in Chemistry, in recognition of her important work in radioactivity.

How did Marie Curie contribute to medicine?

As you might know by now, radioactivity is an important concept in using X-radiation (composed of X-rays, a form of electromagnetic radiation), to see the bones and tissues of the body. Marie Curie also recognized this fact. She was a pioneer in using mobile radiography units in order to help doctors treat the wounds of soldiers during World War I. The units were called “petite Curies” in recognition of Marie’s contribution. The radium used in the petite Curies was purified from her own laboratory.

How did Marie Curie die?

This great scientist died from a disease resulting from her excessive exposure to radiation. Marie suffered from a disease was called aplastic anemia, wherein her white blood cells were malformed and did not function normally. When she was working on radiation, she did not yet know the negative effects of too much radiation. Nowadays, her work and her life have guided many new technologies. In order to protect people from excessive X-rays, they are now made to wear special clothing or to avoid prolonged exposure.