Learn about the Heart

The heart is a muscular organ that supplies blood and oxygen to all parts of the body.

What are the parts of the heart?

The heart is divided into four separate rooms or chambers that are separated down the middle by a muscular wall called the septum. The four chambers are:

How does the heart work? 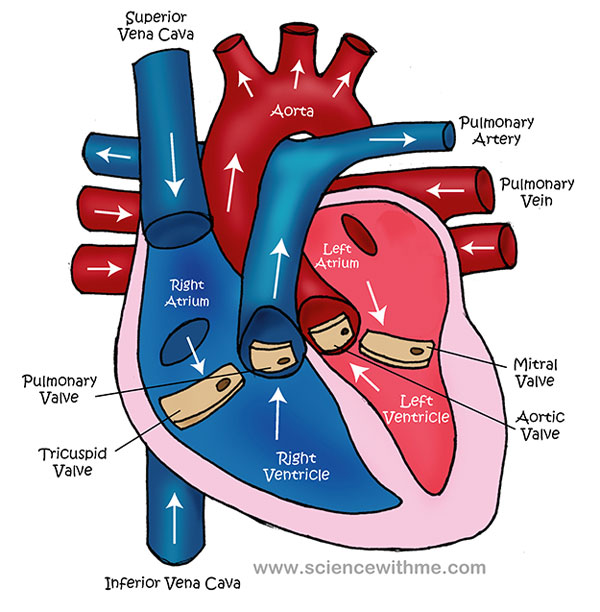 Valves or doors allow make sure that blood only flows in one direction and ensure there is no backwash of blood. Arteries carry blood away from the heart and veins carry blood towards the heart.

What is the Cardiac Cycle?

There are three stages

Diastole: This is when the chambers of the heart are relaxed and filling with blood. Atria systole: Then the upper chambers (atria) contract and push blood down into the lower chambers (ventricles). Ventricular systole: the ventricles contract and pump blood out into the body via the arteries. With each beat 2-3 ounces of blood is moved. The total cycle takes about 0.8 second which is the length of one heartbeat! This cycle or one heart beat happens 75 times per minute.