Learn about the Human Nervous System

Hey Kids! Do you like reading books and imagining adventures of heroes and heroines?

Do you enjoy science experiments and dream of making a new discovery? Are you interested in rugby or baseball or in other sports and do you spend lots of time practicing in order to become an excellent player? Well Luke Rickard, age 10, (the boy in the picture above), lives in Dublin, Ireland and he loves playing rugby, reading books and doing science experiments and science activities at home or in school. In fact he asked his Mom and his teacher to help him learn about his brain last week for Science Week in Ireland and this is what he put together (ok with help from his mom:)) to present to his class. The first thing he discovered was that all of these activities that he loves doing involve the use of his nervous system, which is a network of tissue that sends and carries messages to all the different parts of the body. This system evolved in order for him to sense his environment and respond precisely to changes within and outside of his body. The central nervous system (CNS) consists of the brain and spinal cord while as the peripheral nervous system is made up of those all those other branch-like nerves, big and small, that extend throughout our bodies right out to our internal organs, limbs, muscles, skin, fingers and toes. The peripheral nervous system is divided into two parts:

What is the Organization of the Nervous System?

The nervous system uses chemical messengers called neurotransmitters to relay messages from one part of the nervous system to the other. They travel from one nerve cell, or neuron, to the next bringing messages to and from the body to the brain. 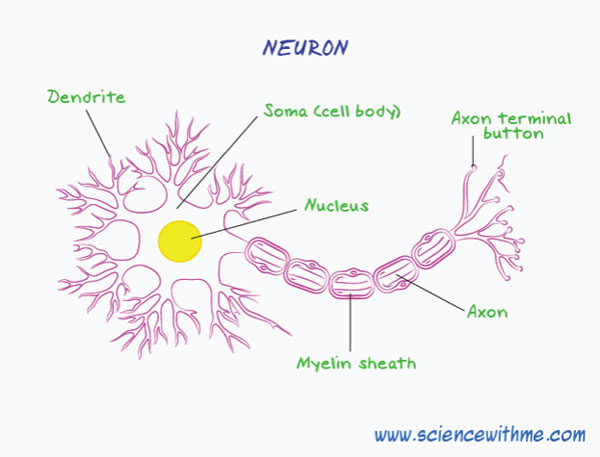 The communication lines in your CNS are called tracts. Tracts make up what are called grey matter and white matter. 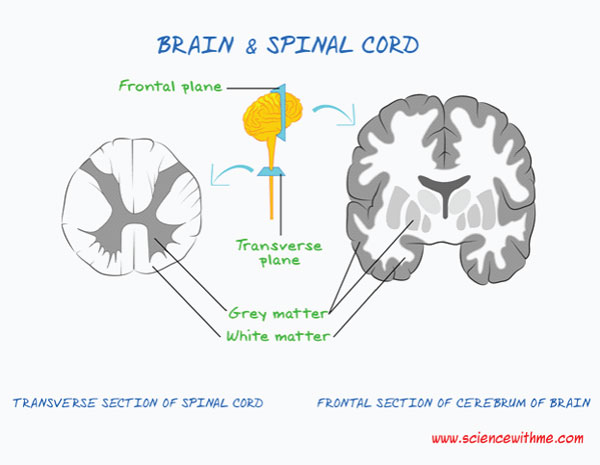 When white matter is mentioned, think of bundles of axons with white myelin sheaths. These myelinated tracts connect grey matter areas of the brain to each other and carry nerve impulses between neurons. They function for rapid transmission of stimuli and responses. On the other hand, gray matter is composed of unmyelinated axons, cell bodies, dendrites and neuroglial cells. Neuroglial cells are not neurons but supporting cells that protect or provide nourishment to the neurons. Because it lacks myelin, gray matter has slower transmission compared to white matter. Both the brain and the spinal cord are made up of gray and white matter.

What is the Brain?

Your brain sits, in the cranium, or skull and is located at the anterior end of your spinal cord. It serves as the primary control center of your body. It is able to receive information, integrate, store and retrieve it. When you need data, it is also able to issue or send information. Similar to the spinal cord, the brain is covered by bone (skull) and meninges. The cerebrum is the largest part of the brain. In the core of the cerebrum, is tissue called white matter that passes messages between different areas of grey matter. 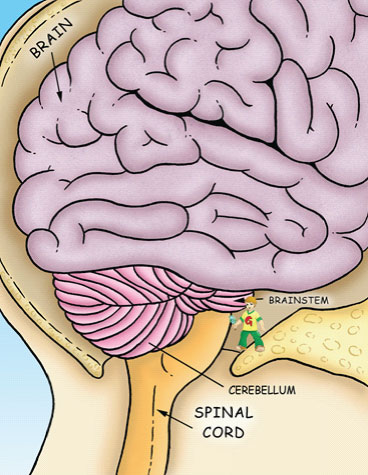 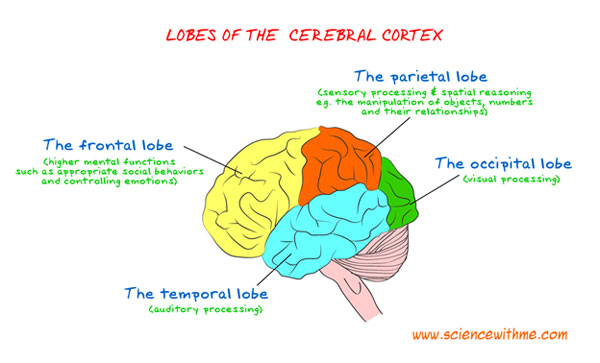 Higher functions are things like sight, movement, sensation and language as well as thoughts and calculations. 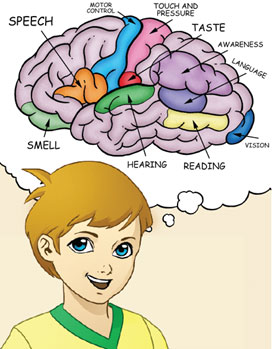 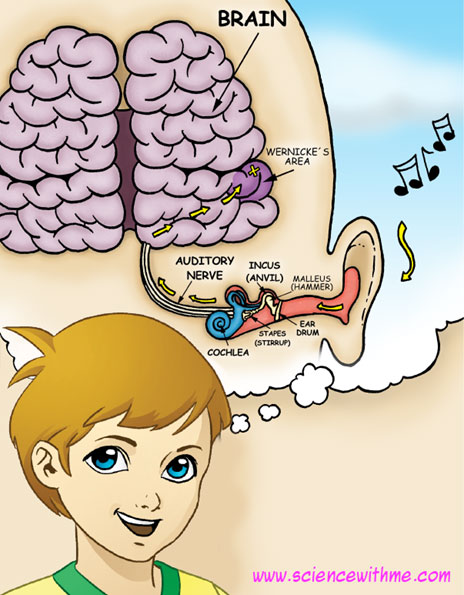 What is the Spinal Cord?

The spinal cord is a long, thin, tubular bundle of nerves, tissue, and cell cord, which flows out from the base of his brain. You can think of the spinal cord as an expressway between the brain and the peripheral nervous system. It also has sensory and motor neurons that are responsible for your reflexes (e.g. knee jerk reflex). The spinal cord is enclosed within a canal made by your vertebral column. Therefore, the spinal cord is protected by your bony vertebrae, ligaments and meninges. The meninges are named dura mater, arachnoid, and pia mater. 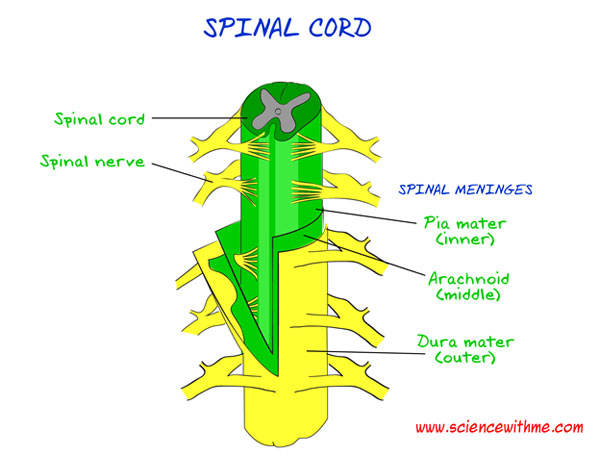 What are the Parts of the Brain? 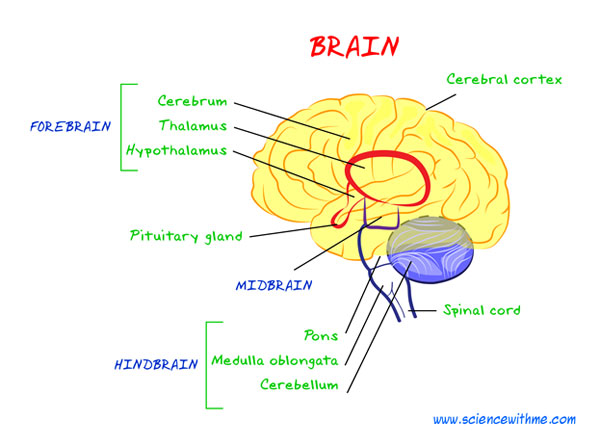 Memory is used to refer to how the brain is able to store and retrieve information as needed, based on previous experience. Your memory allows you to learn and adapt to your environment. For instance, you might have burned your finger when you played with matchsticks. From then on, you would remember that burning event whenever you see matchsticks. This is memory in action. There are several types of memory. Short-term memory refers to the ability to remember something that happened several seconds or hours beforehand. Long-term memory refers to the ability to store and retrieve information that occurred months or years ago. When you have a memory loss, your condition is called amnesia. Amnesia can occur in diseases that affect the brain, such as Alzheimer’s disease and Parkinson’s disease.

Luke really hopes you enjoyed this science article as much as he enjoyed preparing it for himself and for the kids in his class. He is happy that you can learn from it too! Homeostasis:* This is the ability of the body to adapt to different conditions and remain in equilibrium. For example, the body regulates its temperature by sweating to keep cool and shivering to stay warm.