Science With Me! is trying to spread science and scientific thinking around the globe.

To this end, we have sponsored an expat in a rural community in Africa to get African kids doing Science With Me! We hope you in the Americas, Australia, Europe and Asia follow suit! Enjoy this experiment! And be sure and leave Bernie a comment below! elva

Bernie’s got a problem. His father, Mr. Reynolds, says beans sink, but Bernie knows full well that beans float- he’s seen them with his own eyes! Bernie knows how to solve the argument though- he is going to set up an experiment!

Do you want to help him?

What will you need? 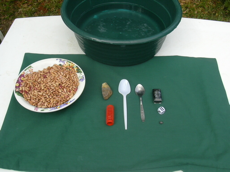 Bernie fills the bowl with water.

Now Bernie throws in a handful of dried beans. Bernie’s Dad throws some beans in too! Who is right- Bernie or his father?

Look at the beans. What can you say about beans that float and beans that sink? 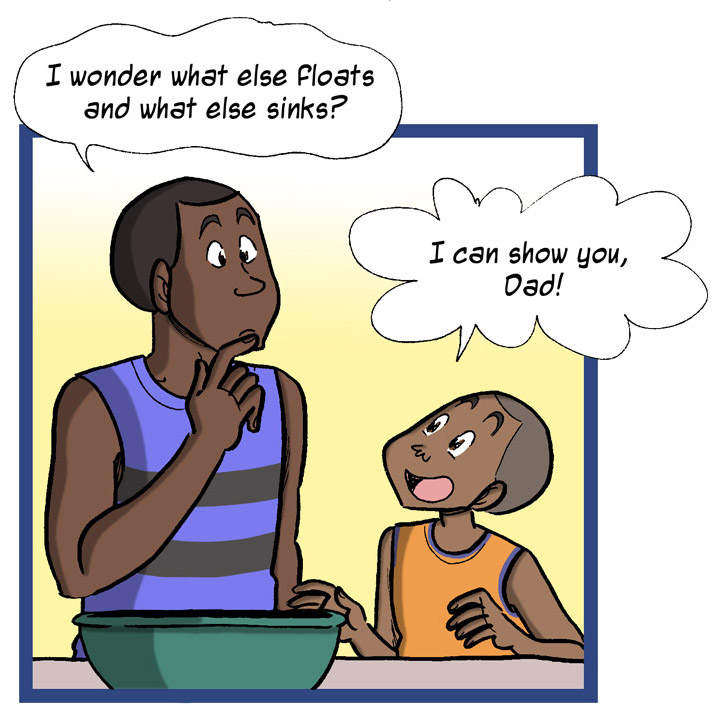 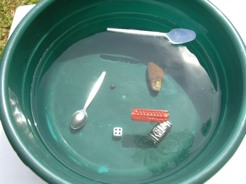 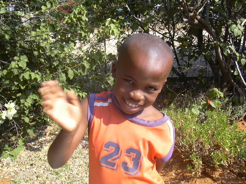 See you next time!! Parent’s Corner: This lesson teaches your young scientist many important skills for later scientific investigation. Floating and sinking are easily recognizable ways to learn how to classify objects based on shared characteristics. This is one of the foundations of science. Classifying things around us into groups helps us understand the world better. The beans teach that sometimes science is not always cut and dry. Most beans sink but a few float- why would that be? This allows for further observations and lets the child come up with some possible explanations based on those observations. Let your child explore further by asking them questions about the floating and sinking objects. Do all big things sink? Does color matter? Does the material matter (i.e. plastic)? It’s time to get wet and have some fun!! Get started by reading our post: Why does a boat float but a nail sink?