Why are Tsunamis so dangerous?

Unless you’ve been living under a rock you will have undoubtedly heard about the terrible and devastating Tsunami that hit Japan last week.

Straight away, Ali asked me what causes a tsunami? With such a massive news story you can’t help but chat about science and the environment with children. So I told her; a tsunami is caused by an underwater earthquake.

Science With Me! has an excellent science article for kids about Earthquakes which I read to Ali and I’d like to remind all of you about. You can also use our free earthquake worksheet or coloring sheet to help you remember.

Basically, a tsunami is triggered by some under sea disturbance after which follows a series of water waves. The deadly waves are caused by the displacement of a large volume of water, usually an ocean. However, tsunamis can also occur in large lakes. Basically, tsunamis can be generated when the sea floor abruptly moves and displaces water.

Why are Tsunamis so deadly? 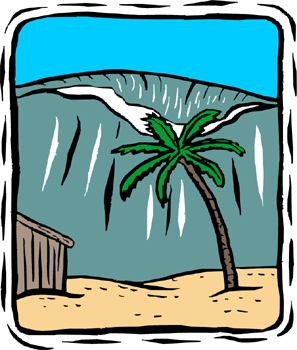 A tsunami can occur in any tidal state and even at low tide it can still inundate coastal areas. About 80% of tsunamis occur in the Pacific Ocean. Tsunamis are a frequent occurrence in Japan; approximately 195 events have been recorded.

Earthquakes, volcanic eruptions, landslides and other underwater explosions all have the potential to trigger a tidal wave or tsunami. Scientists now prefer to use the word “tsunami” in favor of tidal wave as they have nothing to do with the tides.

Who can forget the most devastating 2004 Asian tsunami, which killed almost 230,000 people in eleven countries across the Indian Ocean. The recent tsunami in Japan is the most powerful since Japan started keeping records 140 years ago and literally thousands of people are feared dead. I’ve been following the story on the news and the amount of destruction and devastation is unbelievable.

Hopefully, with each tragedy scientists can learn more about early detection and warning systems. There is no doubt about it; when mother nature shakes her stuff, we are at her mercy.